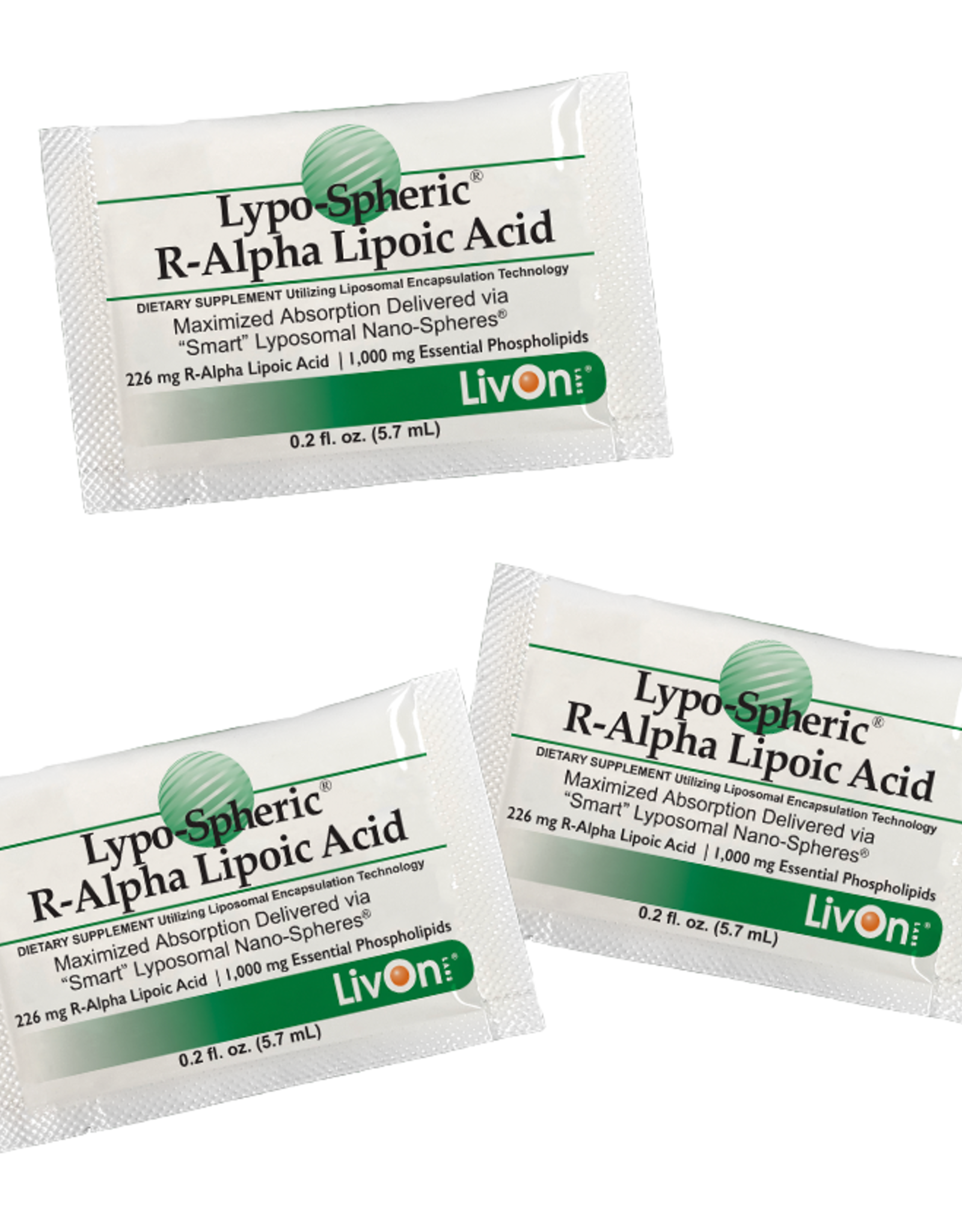 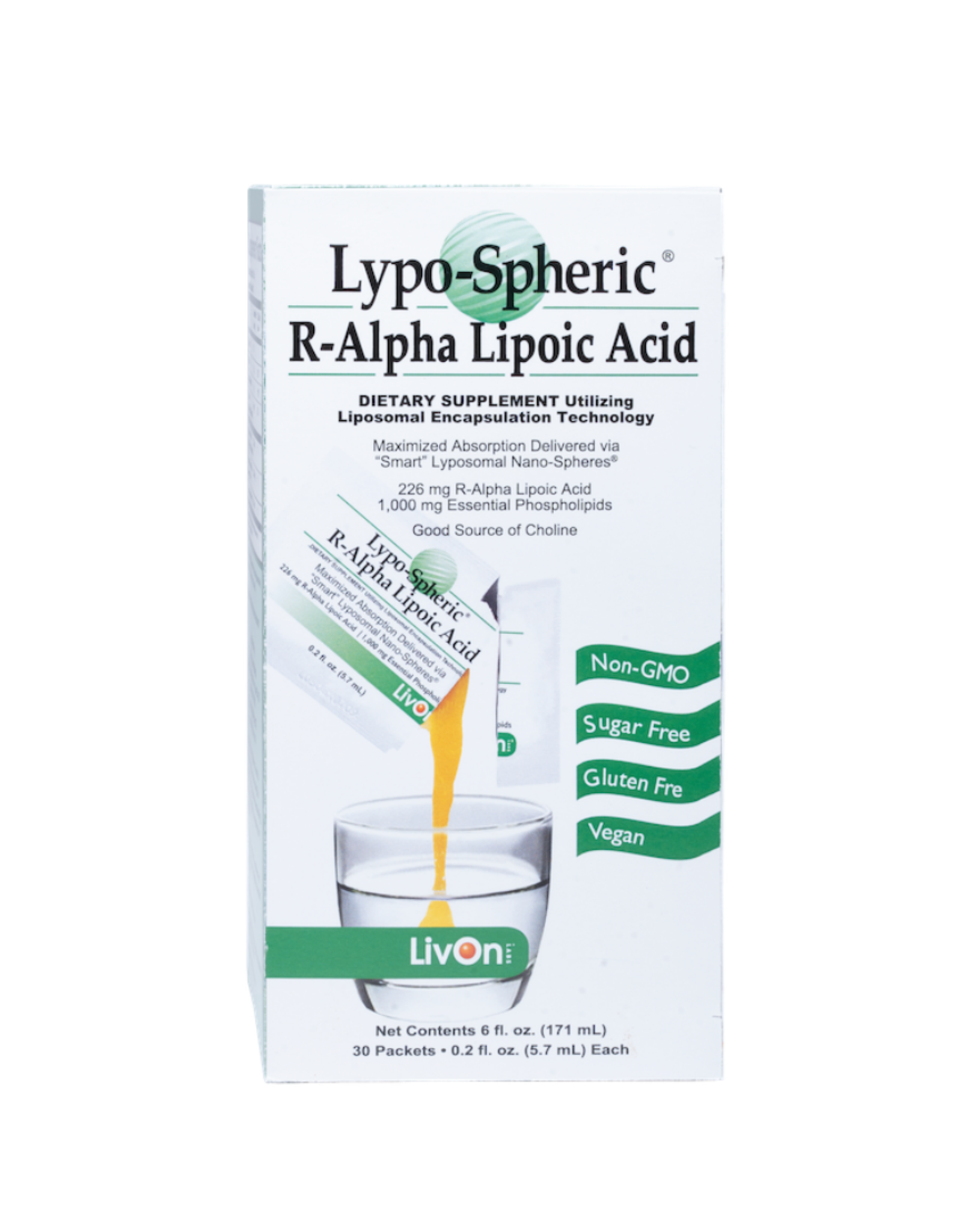 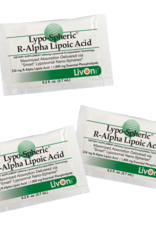 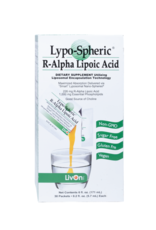 Alpha lipoic acid is used to combat the factors causing premature aging. From the bloodstream to muscle tissue to the skin, alpha lipoic acid supports the systems responsible for keeping us looking and feeling healthy.

Free radicals are a natural part of the metabolic and inflammatory processes. Our innate antioxidants, like alpha lipoic acid and glutathione, neutralize these unstable molecules before they can permanently damage healthy cells and tissues.

Once upon a time, we could negate free radical damage by eating a vitamin-packed, nutrient-dense diet. Now, industrial chemicals, air pollution, pesticides, and processed foods cause a surge in free radicals that overwhelm our natural supplies and those we can consume in foods. As a universal antioxidant, alpha lipoic acid fights free radicals in just about every tissue in your body — whether fat- or water-based. This is unique among antioxidants. Vitamin C is water-soluble, thus only able to work in water-based tissue while fat-soluble Vitamin E only functions in fats.

Alpha Lipoic Acid’s primary role is carbohydrate metabolism. Unless you’re on a keto diet, odds are that the majority of the calories you consume come from carbohydrates as they are the most abundant of the three macronutrients (carbs, proteins, fats) by weight in foods around the world. Carbohydrates vary in complexity, but ultimately they all break down into the simple sugar glucose which our cells turn into fuel. Some proteins also break down to sugar molecules.

If mitochondria cannot take up and convert glucose, the cells do not have energy and the sugar remains in the bloodstream where it can damage brain cells and muscle tissue. According to Burt Berkson, MD, PhD, author of The Alpha Lipoic Acid Breakthrough, “ALA has also been proven to improve glucose transport from the blood into the cells. The increased amount of sugar transported into the cells generates increased brain energy availability and muscle performance. When the body’s cells take up the excess sugar in the blood, the mitochondria work more efficiently, glucose levels drop.”

Insulin is the hormone that enables glucose to move into the cells. Persistently high consumption of sugars decreases sensitivity to insulin, so your cells do not respond to insulin’s signal and leave all that glucose in the blood. Because of alpha lipoic acid’s support in moving the glucose into the cell, numerous researchers have demonstrated that the nutrient supports insulin sensitivity.

BODYBUILDERS USE ALPHA LIPOIC ACID FOR MUSCLE GROWTH AND DEVELOPMENT

Bodybuilders and others looking to alter their body composition often supplement with alpha lipoic acid to further support already healthy cellular glucose uptake and insulin sensitivity. These athletes are cognizant of their macronutrient intake, often tracking their consumption to the gram and strategically ingesting carbohydrates around their workouts. Carbohydrates are the primary fuel source for muscles performing exercise, the primary means of building muscle.

To support muscle performance during exercise (i.e., get the most out of a gym session), athletes and casual fit folks alike often consume a carbohydrate-based snack. A shake containing protein and carbohydrates is the frequent post-workout go-to because the combination has been scientifically shown to repair and grow muscles. The savviest of muscle builders use alpha lipoic acid to optimize the uptake of glucose into skeletal muscle to maximize growth.

Both its primary abilities — as an antioxidant and a supporter of healthy blood sugar levels — contribute to alpha lipoic acid’s role in skin health. The skin is a major organ for free radical damage as its role is to protect our internal systems from environmental insults. It bears the brunt of UV damage and cigarette smoke, among many other external contaminants — all of which generate free radicals. You can see free radical damage in premature wrinkling.

While some of this damage comes from external sources, elevated blood sugar is another major factor in sagging, overly wrinkled skin. Excessive amounts of sugar in the bloodstream cause a buildup of nasty glucose metabolism byproducts that damage collagen, the major structural protein that is responsible for firm, youthful skin. Alpha lipoic acid inhibits this reaction and the subsequent formation of these damaging byproducts.

WHAT IS THE MOST EFFECTIVE ALPHA LIPOIC ACID SUPPLEMENT TO USE?

Since the amount of alpha lipoic acid our bodies produce is minuscule, many experts recommend supplementing, particularly if you are exposed to excessive free radicals. Since alpha lipoic acid is both attracted to and repelled by water, absorption from traditional oral supplements in the digestive tract is unreliable. Liposomal alpha lipoic acid wraps the nutrient in phospholipids that transport through the bloodstream to the cells, avoiding the challenges of the gastrointestinal tract and enabling superior absorption.

Support for healthy glucose levels already in the normal range*

Supports nerve, skin, and brain health as a universal antioxidant*

As a dietary supplement, take one packet 1 to 2 times per day or as directed by a healthcare practitioner.

1. Tear packet at the notches

2. Squeeze the entire contents of the liposomal Alpha Lipoic Acid packet into 1–3 oz. of a cool beverage

Contents of packet will not dissolve.

These statements have not been evaluated by the Food & Drug Administration.
This product is not intended to diagnose, treat, cure, or prevent any disease.

Use of page copy authorized by LivOn Laboratories, Inc.

Add your review
0 stars based on 0 reviews 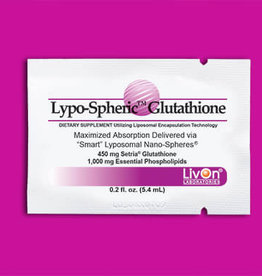 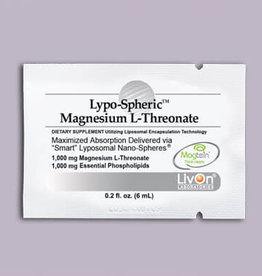 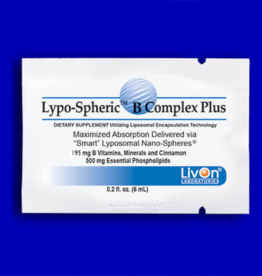 Support your body’s energy systems and mood regulation.
Add to cart
Lypo-Spheric Vitamin B Complex Plus
$51.95 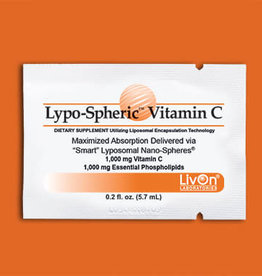 Oil to use on your body everywhere and every day!
Add to cart
Everyday Oil 2oz or 8oz
$27.00